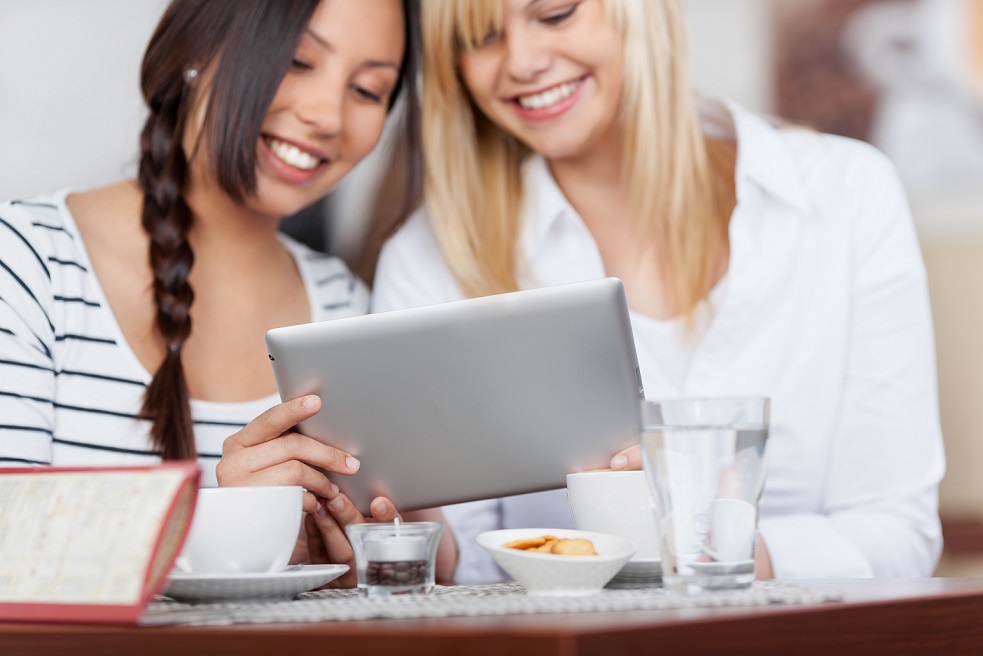 When it comes to social sharing and video, females are fancying Facebook.

According to a recent study by eMarketer, 204.2 million people in the U.S. will consume video content online via their desktop or mobile devices on a monthly basis — that’s accounting for 78.6% of online users and 63.5% of the population. Where are the females in that group finding their entertainment? Facebook is the spot. 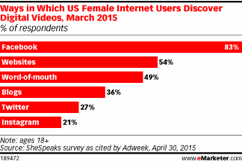 A recent poll conducted by SheSpeaks showed that eight out of 10 U.S. adult females found their digital video content via Facebook. Second-place websites trailed by almost 30% and no other online source broke 50%.

YouTube, not surprisingly, is the number one platform for posting and consuming video content, which almost 100% of SheSpeak’s respondents use. However, despite the popularity of the “video powerhouse,” less than half of those polled subscribed to a branded channel on the site. Why? Aliza Freud, CEO and founder of SheSpeaks, says it’s because “They are not always finding content that is relevant to them.”

This may account for the reason that when it comes to the race for top spot for female video viewing, YouTube and Facebook are neck in neck. A recent study conducted by Jacobs Media found that 65.4% and 65.1% of female Internet users in North America visited the sites on a weekly basis, respectively. Females overindexed for Facebook video viewing though, as male usage came in at 52.2%. Instead, men were bigger YouTube fans, at 72.7%.

As a whole, eMarketer found females to make up 54.9% of the U.S. Facebook audience in 2015 and are expected to maintain their lead through to 2019. Meanwhile, Digiday reported in late April that men spent 44% more time than females on YouTube monthly and accounted for the majority of viewers in 90% of the 51 categories of content measured by OpenSlate. 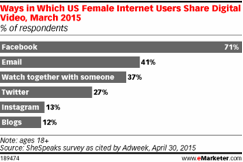 SheSpeaks also found that when it comes time to share, more than seven in 10 females are turning to Facebook for video, with email trailing by 30 points. But just what are females watching? The site reports that video content that’s funny or is found to be cute is what has the girls tuning in.

Social sharing is caring, and if you want your video content to populate in female feeds, Facebook is the spot.