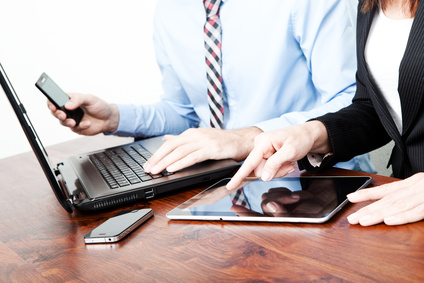 ComScore, a global leader that keeps its pulse on the digital world and measures digital marketing intelligence, released a major study on mobile marketing that analyzed the trends in the rapidly changing mobile marketplace.

With about 44% of all mobile users in the United States using smartphones, the market has seen a dramatic upsurge in the number of users who are accessing mobile media through Wi-Fi connections. This is rapidly changing the way that people browse the web and access the global market as well as the way they shop for consumer goods. Many of these consumers are accessing the web with their Android and/or iPhone and mobile web browsing capability will soon become an absolute necessity for any business that wishes to maintain its market share of these consumers. The EU’s mobile media usage also dramatically increased in 2011, up to nearly 50% in most of its markets.

In theUnited States, the leaders in mobile technology were Google’s Android phones and Apple’s iPhone. Of these two giants, Android seemed to be the leader whereas Android seemed to take the lion’s share inEurope. In Canada, RIM’s Blackberry managed to keep its position at the head of the pack, though it was followed very closely by iOS.

The use of apps as a way of accessing mobile markets has also seen a dramatic increase. The media category that grew the fastest in theUnited Statesin 2011 was the health niche. This was followed closely by retail categories and electronic payment sites, as well as sites that specialized in auctions.

Many smartphone shoppers(more than half of those in the United States) use their phone to conduct retail research while shopping in a traditional bricks-and-mortar store. This is a drastic change in the way people have shopped in the past. Many of them use their smartphone to scan barcodes on products and compare prices with other stores close by.

Men and women were found to exhibit similar shopping/smartphone behaviors except that women were much more inclined to use social media to share their retail experiences. It will become increasingly important for retailers to know and understand these kinds of shopping trends so they can keep up with the way shopping habits are adapting and changing in response to new technologies.